a dog, a cat, and a kitten come into a rainforest.

Growing on small vines curled around the trees.

A dog, a cat, and a kitten walk into a bar and sit down and order a beer. The bartender is surprised at this but he gives them each a beer. They finish the beers and ask for the bill.

The bartender thinks to himself, “It’s just three animals, they don’t know nothing”. So he says, “That will be $30.00”. They slap down three tens and start to walk out the door but the bartender is really curious and he says, “Hey, I’m dying of curiosity about you guys. We don’t get many dogs, cats, or kittens in here.”

They reply, “Well for three beers for thirty dollars we can see why”.

That was great!
You saved the thread lol, I was also here for either pics or the punchline and I was about to click away feeling disappointed by the lack of conclusion, but you saved it with the best punch line hahaha 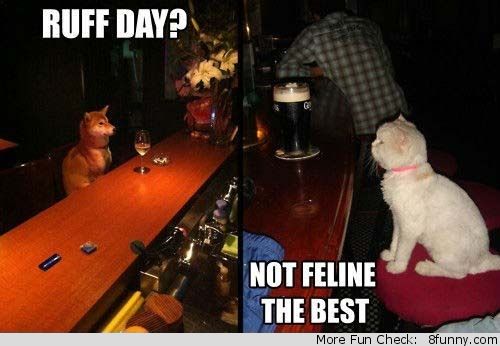