So, I have had experiences like this before, but this time, I drew it.
In the comic below, I am taking an exam (took it last Friday). I completely blanked on the first half and didn’t do so well. Second half came around, and I was freaking out. As I was struggling (sad because I prepared for this), a presence/voice that describes himself as a demon(I’ve mentioned him before on here) started talking to me and giving me answers.

Granted, he wasn’t kind about it, but he did give me a bullet of facts. Some of them weren’t even subject related though. I think my mind just did an info dump through him. However, this little comic basically shows his contribution, and the awkward moment where I talked back to him in class during the test. XD I did get shushed but on the bright side, I did well on the second part! 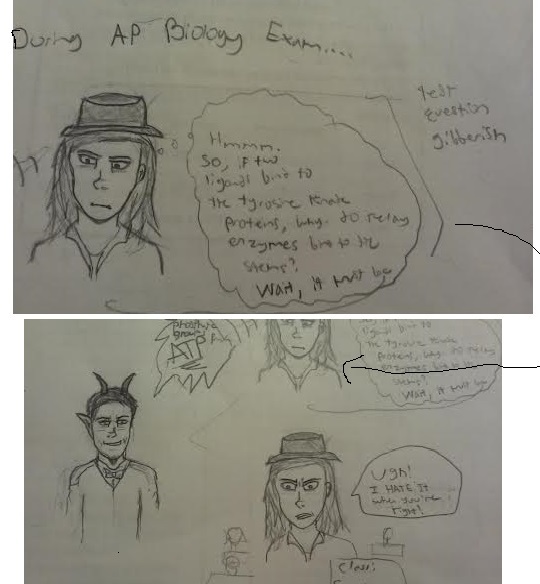 that was funny lol

When the voices get something right…

Thanks! At the time, I was sort of like wtf because a lot of the info was well, not even related. For example, I was getting random quotes from plays, facts from radio stations etc. I don’t know what this guy was thinking but at least he got something right heh

Also, any artists among us