A Bridge to the Mystical: The Entanglement of Physics and Mysticism

An excerpt from Chapter 4 of The Grand Illusion

While pre-quantum/Newtonian physics is typically a good approximation for objects much larger than molecules, we know that this worldview is fatally flawed. In fact, where initially it was supposed that nonlocal entanglement could not be evinced by anything other than quanta in specially controlled circumstances, we now know it is a fundamental aspect of reality. To illustrate the point, the entanglement of holmium atoms in a tiny chip of magnetic salt has been unexpectedly observed in the laboratory, showing that “big” things like atoms, and not just photons and electrons (individual quanta), can be entangled.[i] More recently (December 2011), it was announced by a group of physicists that two diamonds approximately 3 mm in size and separated by about 6 inches were successfully entangled at room temperature.[ii]

Previously, it was believed that once things got to the level of atoms and molecules, the universe started acting strictly deterministically again, according to predictable Newtonian laws. This is no longer a scientifically viable view. A review of developments on entanglement research in March 2004 by New Scientist writer Michael Brooks concluded that “Physicists now believe that entanglement between particles exists everywhere, all the time.”[iii]

Wide-scale or “nonspecific entanglement” has been experimentally validated in many ways. For example, around 1956 Pavel Naumov conducted animal biocommunication studies between a submerged Soviet Navy submarine and a shore research station. These tests involved a mother rabbit and her newborn litter. According to Naumov, scientists put the baby rabbits on board the submarine, but kept the mother rabbit in a laboratory on shore where they implanted electrodes in her brain. When the submarine was submerged, assistants killed the babies one by one. At each precise moment of death, the mother’s brain produced detectable and recordable reactions.[iv] Many examples can be found in Soviet literature dealing with dogs, bears, birds, insects, and fish in conjunction with basic psychotronic (psi) research. The Pavlov Institute in Moscow may have been involved in animal telepathy until 1970.[v] Researchers such as David Wilcock and Richard Hoagland posit that these nonlocal interactions are facilitated by the hyperdimensional torsion/spin waves of the unified field/aether (or gravity, as Wilcock emphasizes in The Source Field Investigations) we are all immersed in. We will look further at torsion and nonlocality between sentient beings soon.

who cares when antichrist has been born in Thailand: 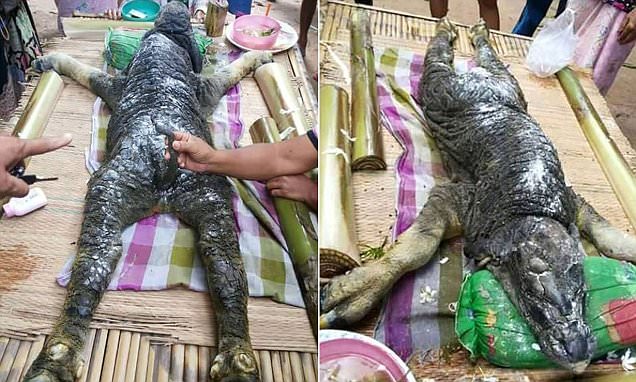 Footage of the odd creature, discovered in a remote village in Thailand, shows it laid out on a table while a crowd gathers - prodding its scaly skin and head while lighting candles and incense.

Seriously though, I had physics at a quite high level. Matter can develop very weird reactions when put to the extremes like cold or speed. Things we dont believe can happen like fluid going through a solid surface. There is surely much to learn in science yet, and perhaps as we learn more we see that religion and spirituality is more “true” than we think.

Its a fine line though, because I dont appreciate people who believe in “Insane” ideas, or rejcet the medical world or the world of science.